I'm in desperate need of a distraction from The Dark Tower because there are spiders and characters dying and I can't handle it right now. SO! I saw someone post this and decided to give it a try :)

WHAT IS THE MEANING BEHIND MY NAME? 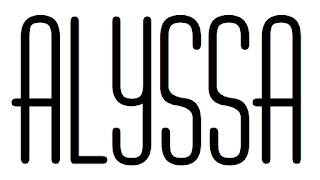 My parents told me they didn't have any particular reason for choosing my name other than I was born and they had to pick something, but when you look it up on behindthename.com, it basically says it's a form of Alicia that's spelling stems from the alyssum flower which is said to cure madness. I love this so much. Seriously just had an epiphany. I'm in school for psychology and my name has meant a cure to madness my entire life and I had no clue.


WHAT IS MY MYERS-BRIGGS PERSONALITY TYPE?

I've taken the Myers-Briggs a ridiculous amount of times, and have always come up with INFJ (not surprisingly to be honest). I live my life the INFJ way (Introversion, Intuition, Feeling, & Judging). 'Advocates tend to see helping others as their purpose in life, but while people with this personality type can be found engaging rescue efforts and doing charity work, their real passion is to get to the heart of the issue so that people need not be rescued at all.' Always focusing on morality (yup), putting others before yourself (yup), and love relationships but need time alone (yup!). Some of my favorite characters are (speculated) to be INFJ including: Remus Lupin, Galadriel, Jon Snow, Daenerys Targaryen, Dumbledore, Aragorn, and MULAN. 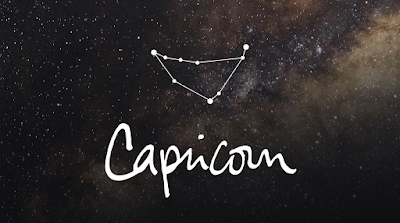 Sometimes I agree with the personality type of a Capricorn, but mostly not. I'm not all about money or so determined to be successful that I step on people. And I'm not a square (all the time).﻿


WHAT IS MY HOGWARTS HOUSE? 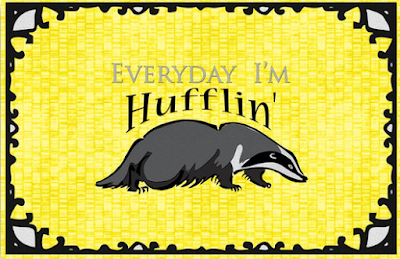 Again, every house sorting test I've taken has indicated Hufflepuff and that makes so much sense (especially since my common room is down by the kitchens). I did take one test that had percentages and Hufflepuff was like 82%, Ravenclaw was a close 76%, Gryffindor was pretty high, and Slytherin was about 15%. Basically, I have a good heart & I'm loyal.﻿


WHAT ARE MY LEARNING STYLES?
I have a read/write learning preference, which is…not surprising. I go to school online which is basically just teaching myself out of a book.


AM I RIGHT- OR LEFT-BRAIN DOMINANT? 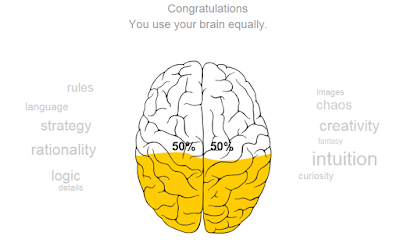 Notttt expecting that. I'm usually all logic, no creativity. Plus, this is obviously not the way the brain works.

WHAT IS MY BLOOD TYPE?
I got this question a lot in Japan. Apparently it's like our equivalent to zodiac signs. Mine is B+ which apparently means I'm selfish and creative. Disagree.


WHAT CAREER AM I MEANT TO HAVE?

Hahahahaha. I can read, not sure about writing.


WHICH DIVERGENT FACTION DO I BELONG TO?

Abnegation, apparently. Selflessness blablabla. Would never be able to deal with the bland food.


WHAT DOES MY BIRTH ORDER REVEAL ABOUT ME?

I'm the youngest. 'Parents are less cautious' YEA RIGHT. My middle sister was the goody two shoes so I got disciplined more. I am more of a free spirit than my sisters though.
Posted by Alyssa at 3:39 PM