Yet another case of great world-building with a mediocre plot and one-dimensional characters, le sigh.


I know a lot of people absolutely love this series, and I could totally see that, and maybe the next book gets better but this just had so much potential and fell flat to me.
Goodreads Summary:
"At the dawn of time, there were 13 Houses in the Zodiac Galaxy. Now only 12 remain….

Rhoma Grace is a 16-year-old student from House Cancer with an unusual way of reading the stars. While her classmates use measurements to make accurate astrological predictions, Rho can’t solve for ‘x’ to save her life—so instead, she looks up at the night sky and makes up stories.

When a violent blast strikes the moons of Cancer, sending its ocean planet off-kilter and killing thousands of citizens—including its beloved Guardian—Rho is more surprised than anyone when she is named the House’s new leader. But, a true Cancerian who loves her home fiercely and will protect her people no matter what, Rho accepts.

Then, when more Houses fall victim to freak weather catastrophes, Rho starts seeing a pattern in the stars. She suspects Ophiuchus—the exiled 13th Guardian of Zodiac legend—has returned to exact his revenge across the Galaxy. Now Rho—along with Hysan Dax, a young envoy from House Libra, and Mathias, her guide and a member of her Royal Guard—must travel through the Zodiac to warn the other Guardians.

But who will believe anything this young novice says? Whom can Rho trust in a universe defined by differences? And how can she convince twelve worlds to unite as one Zodiac?

Embark on a dazzling journey with ZODIAC, the first novel in an epic sci-fi-meets-high-fantasy series set in a galaxy inspired by the astrological signs."
The world was so creative. People who live in space on the different zodiac constellations? Stellar (HA!). But really, this world was built with so much detail and imagination that it almost felt possible, and really, you just wanted to live there. It annoyed me a little bit that people who lived on each zodiac were pretty stereotypical. Being a Capricorn doesn't define my personality, sorry. I could totally look past that if the characters weren't so blah. Our main character, Rho, pissed me off to no end. She's straight up annoying and whiny and the world is falling apart while she attempts to warn people, but all she can think about is her relationships (which are also horrible). Enter cliché love triangle, the kid she's had a crush on forever finally notices her at the same time that this new guy comes along and sweeps her off her feet. I don't really know how she likes either one of them though, I was NOT feeling the romance. The bad guy wasn't even as scary as he should have been. Why does he choke her like five different times when he could kill her in two seconds flat? The fight scene at the end was very confusing. I don't know how someone could be put on trial for cowardice. It's not explained why her mom gave her special lessons, especially when she didn't give them to her brother. And the main thing that makes absolutely NO sense to me, why put her in a position of power if you won't listen to anything she says? Yes, she's seventeen. I get it. I've been a boss to people three times as old as I am and it's hard to earn respect, but seriously. You're a guardian. Use that to your advantage instead of throwing temper tantrums and crying when people don't listen to you. She's immature, which just fuels what everyone wants to believe when they listen to her.
I'll keep reading this in hopes that the series gets better, but right now it's looking bleak. 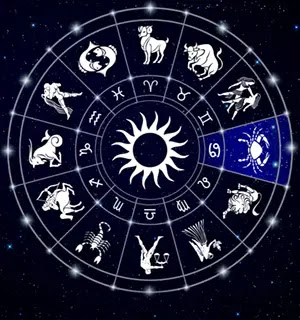