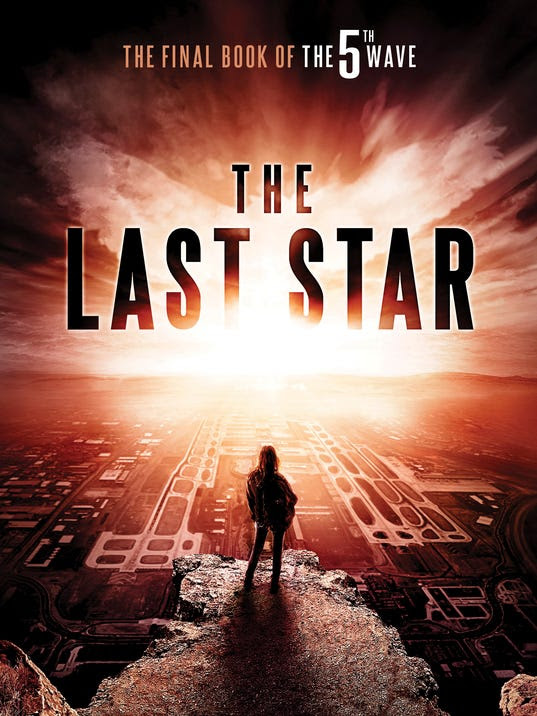 I liked the 5th wave. I thought that it was pretty original and I got into it; I really liked Cassie's character and felt like she wasn't like all of the other lead female characters that I had read about. Then, the fandom hit. I understand being really excited about a book and wanting to tell everyone and anyone about how much you love it or about the characters and really just think about the plot and concept of the stories constantly, but some of these fans take it a little too far. Suddenly, it's all we hear about and then there's movies that come out with pretty big Hollywood actors and actresses and then that's the only book that the entire YA community knows about and it's basically an instant cult classic.

I usually read these books to see what the hype is about... sometimes I agree that the book is the best thing ever! (hey, HP) and sometimes I end up completely hating the books and wondering why it's getting so much attention (sorry, Twilight fans). In this case, I'm torn. I loved The Fifth Wave, kind of hated The Infinite Sea, and liked The Last Star, but not enough to feel that my sole purpose in life is to tell everyone how great the book is. So, here's my review.

First off, the beginning of this book makes me question why I ever liked Cassie (most people hated her but I gave her a shot). She turned into this completely self-absorbed non-Evan-loving immature teenager that acts like she has more important things to worry about than the world ending. Eventually, this goes away and her personality is flipped, in a way. But, still, there is no flame to the romance that was built up over the last two books with Evan. They have sex (that scene made no sense to me and was completely unnecessary) and then she acts totally indifferent to him, like yea this guy's in love with me but I couldn't care less. It seems like her and Ben's relationship blooms but not really. Eventually, in the end, I start to like her in moderation when she realizes what needs to be done and puts others before herself (which is more like the original Cassie putting Sam first).

I didn't really like the second book because I couldn't stand Ringer. Everyone loves her character so much, but for me she's just so one-dimensional. I like that she's very concerned about the logic in situations and determines risk over everything, but that's where the affection stops for me. And then they just had to add in that she was pregnant? I mean, I almost enjoyed this aspect just because it was realistic that this could be a consequence to her actions, but added unnecessary drama, maybe it was just a way for her to reveal Razor to Ben? Not sure. And she barely grieves for Razor... at least not for long until she finally stops resisting her feelings for Ben, which are never really explained either. Either way, she just seems unemotional and detached to me.


I think that the author felt that all of the character building was pretty much done in the first two books, because I found that I didn't care as much about any of them in this book, but that just might be because I didn't re-read the other 2 immediately before starting this one. Either way, I cared less than I should have. Especially concerning Walker, his entire personality pretty much disappears. Sam turns into a little asshole and Ben is pretty much the same, although he seems a lot stupider? Not sure why... he was supposed to be very smart. The ending was pretty good, I wasn't too fond of the 'epilogue' chapter but I felt that it was the best way I could imagine the book ending. I did find that the explanation of the alien invasion was pretty confusing though. What was real and what was fake? How were these 'memories' created? What was the owl doing? If I don't think about this problem scientifically, I don't really care about the explanation but otherwise it leaves a giant hole in the theory of everything. The one thing that I felt was the strongest point of the book was the feeling that trusting in anyone was impossible and moronic.


Regardless of everything I mentioned above, I enjoyed the book. I thought it was a pretty good ending to an okay series. Once again, if you enjoyed the rest of the series, you'll like this addition. It's weird I haven't really heard a lot of craze over the book yet, maybe no one agrees with me. Who knows?
Posted by Alyssa at 12:46 PM