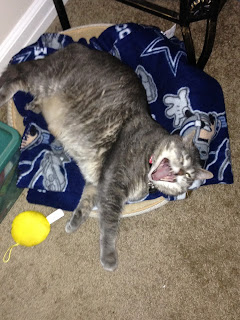 Okay, so. I've been putting a lot of thought into what to read next and how to mix up my never-ending TBR so that I don't end up reading the same genres over and over again without variety because I end up getting bored and feel like I'm reading the same plots over and over again. With that, I'm going to try to actually sit down and organize my TBR shelf in order of what I'm going to read, even though I'll probably change my mind a lot based on mood and random book hauls that I just can't help because I have no control over my desires and indulge in spending ridiculous amounts of money on books.

I'm extremely excited that there's a book sale at my town's high school next weekend which I will definitely be attending, hopefully I pick up some good reads and I'll do a post for whatever I get there if I get a decent amount, which I'm sure I will.

Also! Very excited for vacation which will be at the end of the month/first week of August. My family goes to Misquamicut for a week every year, and that's when I get a ton of reading in because I'm basically allergic to the sun so I try to stay away from the beach after like the first day. I believe I've chosen the books I'll be bringing with me this year which I will now list! (subject to change):

Percy Jackson and the Olympians: The Lightning Thief, Rick Riordan: I've always been a fan of Greek Mythology, so don't ask me why it's taken so long for me to pick up this series. I can't wait to start! I'll only be bringing the first book because I like to read things in between books of series to let me digest, but I might wait to read this last just in case I want to marathon it.

Neverwhere, Neil Gaiman: I already know I'll love Neil Gaiman based on what I've read about his books, but haven't actually gotten a chance to dive in. This book seems like a good place to start, and my sister bought me a couple of his books for Christmas and keeps asking if I've read them, so I'll humor her.

Outlander, Diana Gabaldon: Another series that I'm sure I'll like, I've just been intimidated by the size of the book and felt like I haven't had time to sit through it BUT I will finally start the series! Plus, people claim that summer is all about romance and stuff, so why not? Again, only bringing the first book but I may start with this one first.

The Name of the Wind & The Wise Man's Fear, Patrick Rothfuss: As many of you know from my favorites post, I have clearly already read this series a few times but I just can't get enough. It's one of those series that I just keep coming back to because it feels like home. I love the way that Rothfuss writes and the world he creates, and Kvothe is just such a likeable character to me, so I will be re-reading until the third book comes out, which we all know is unlikely to be anytime soon (that's okay Pat, do your thang I'll read it when you deem it's ready). I might review these and I might not, not sure quite yet but either way I love these books so much so I'm bringing them with me.

If that's not enough, I'll also have my kindle with a few ARCs on there that come out in August so I'll probably just read those but I have a feeling that these should be enough.

I have something suuuuuper exciting that I will be revealing this month and will take place every month and I can't wait to show everyone, so stay tuned for that.

I would also like to take the time to thank anyone who's been viewing my blog and supporting my  need to discuss the books I've been reading, since I don't know very many people that have even heard of half the books that I read, so it's nice to have an outlet and I hope that people actually like or at least look at what I'm writing.
Posted by Alyssa at 11:45 AM